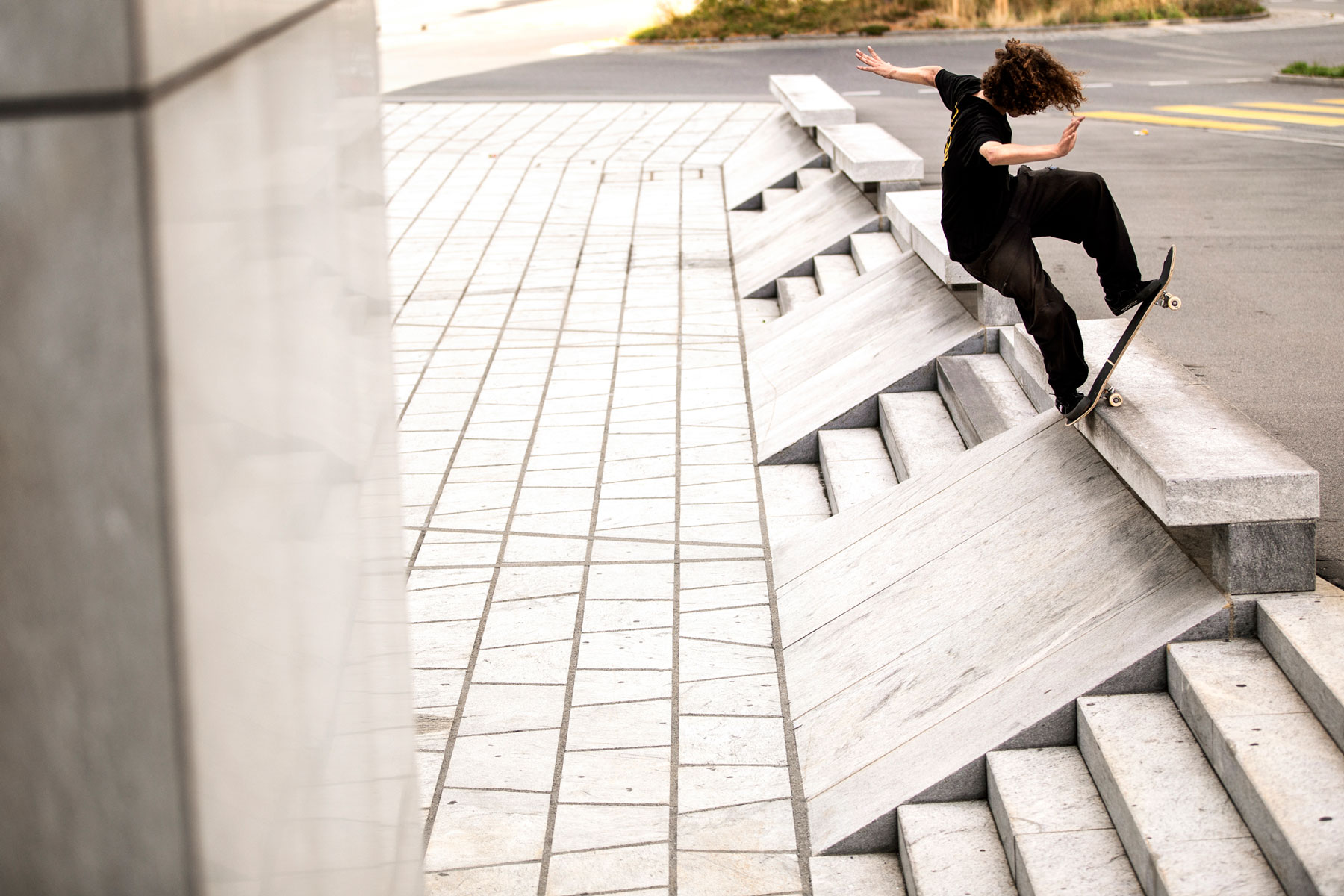 Posted at 10:36h in Schianta by Stuart Smith 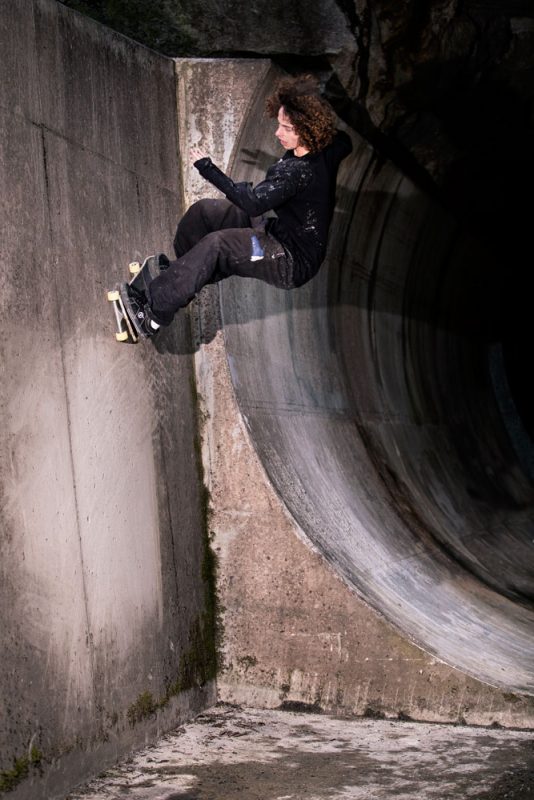 There is a something magical about the guy in the van, or at the spot, who you don’t hear much from…. there’s always that kid smashing bottles, tagging the seats, telling everyone their drug stories whether you wanna hear or not, attracting attention (and the police). These are the ones that get the ‘lifestyle photo’ of the session, usually crashed out on everyones jackets by 10pm. Meanwhile, the real magic can be happening elsewhere, stealth-like. This was my first impression of Schianta, or Daniel as he’s sometimes know. No fuss, no bravado, just pure humble hammers followed by a contended smile, you can see this for yourself in Vans latest European full-length ‘Going Nowhere’. Our boy Aaron chats to Schianta, Lovenskate’s newest member.

Aaron; Hey my brother. I’m trying to think of the first time we met, I want to say team trouble, I remember seeing you do frontside flips and I was like damn that’s pretty penny like! I might have went out my way to say hello because I really saw you do some skating that was like ok I’m heating up here and in my zone, big front Ollie slap truck a wee bit on the way in. After that I’m sure we had some good skates together with all the Lovenskate crew.

Schianta; Ron! Yea first time we met was at team trouble laax, I remember being a bit nervous to skate with you guys just because everyone was shredding so hard! haha but in the end the vibes there are so good that you actually forget it’s a “contest”. After that we’ve also been able to go on team trouble tour together so that brought me a lot closer to the boys, we’ve definitely had some good ones!

Any way how old are you my man? When did you start skating and where did you learn to skate?

I’m 21 years old and I’ve been skateing for about ten years. I started with some friends from school in my hometown near Lugano just skateing a little stair set and it just went on from that.

How long have you seen Halford ripping!?

I obviously knew about Hallford before meeting him in laax, but first time seeing him live was at the contest and yea just mindblowing.

Slam man the nickname yeah? That’s same as one of the gonzs which is a nice comparison to say the least.

Tell me about some trips you’ve been on lately? Vans been sorting you out?

Rightnow I’m in cologne we just came back from holland, did a little cruise with some of the vans boys and next week we got a trip to milan. Yea vans been hooking me up it’s unreal to be around such amazing skaters.

How sick is that stu hand prints all the boards? You enjoying ridding the boards?

Stu is a fucking legend! Knowing he’s the one printing the board we skate makes it so special! The board are amazing I really like the high concave! So stoked to be part of the crew!

Tells me some fun memories from the Swiss trip we went on? Some moment stand out? Maybe Elliot bring turbo?

The best thing to me was the camping part, just checking out everyone in the morning sleeping in different spots is so sick, it really made it fun. Well stand out moment for sure was the fullpipe session just because of the amazing landscape we had driving there and all the bangers that went down. oh and Elliot is a madman! MVP of the trip! 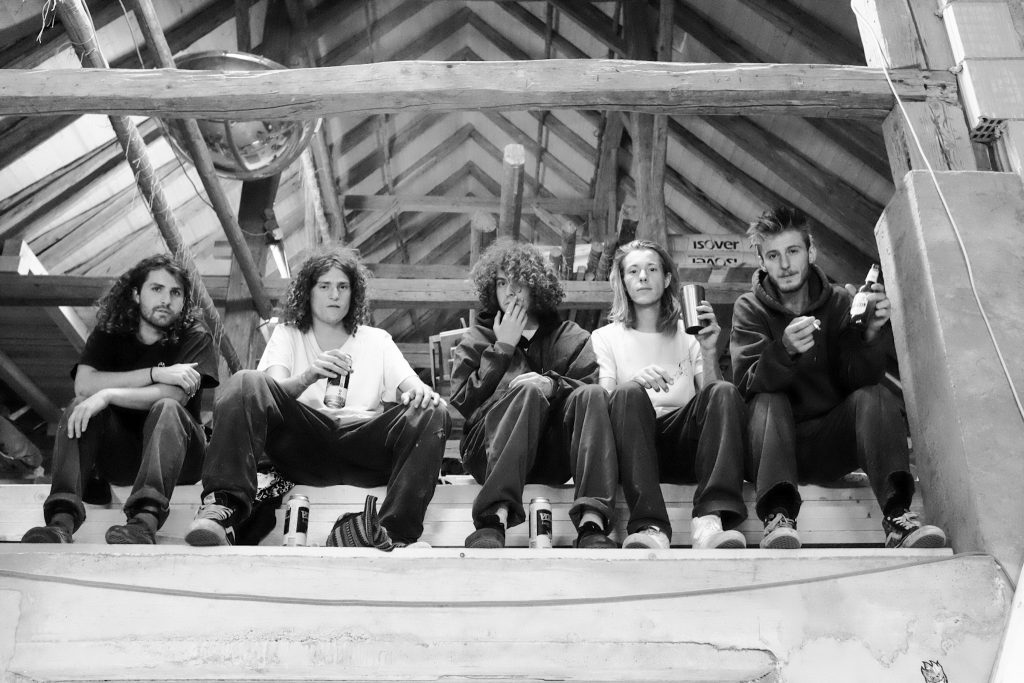 How else do you skate with regularly? Who gets you hyped?

I usually skate with my homies in Lugano the warriors crew they’re the ones that made me fall in love with skateboarding and taught me all I know about it. Everyone that puts effort in what they do gets me hyped to skate.

Working on any life style improvements brother? Or are things happening on there on?

I’m just trying to stay healthy do a little excercise and be with people that puts me in a good mood. Keep skateing and always be happy.

Any time you’ve seen the Gordo or Alex just smash it that’s shocked you?

At team trouble is always shocking to watch them shred. It’s crazy the lines they come out with! They’re naturals!

haha to be honest not a big fan of cooking just a quick pasta is the meal I go for.

What you got coming up this year?

I’m just gonna try to travel as much as possible and in the winter time I got a job at a farm so I’ll be doing that when the weather gets shittier, that’s pretty much the plan.

Tell me a wee bit how you feel for homies and friends in skating in a wee thank you bit at the end?!

I’m so grateful to be able to travel and meet new people it’s really been the best time of my life for sure. Shoutout to all the lovenskate crew all the vans boys and all my homies from lugano and abroad! Really hope to come visit you guys in the island when the covid situation eaze up! Thank you Ron for making me do this! Cheers and much love to everyone! 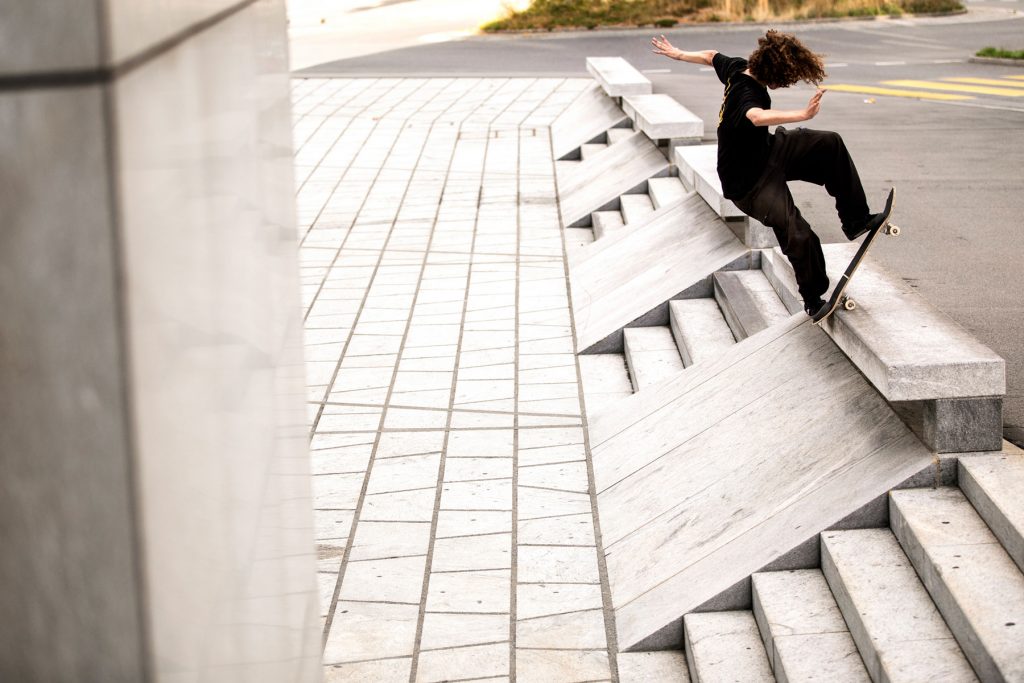