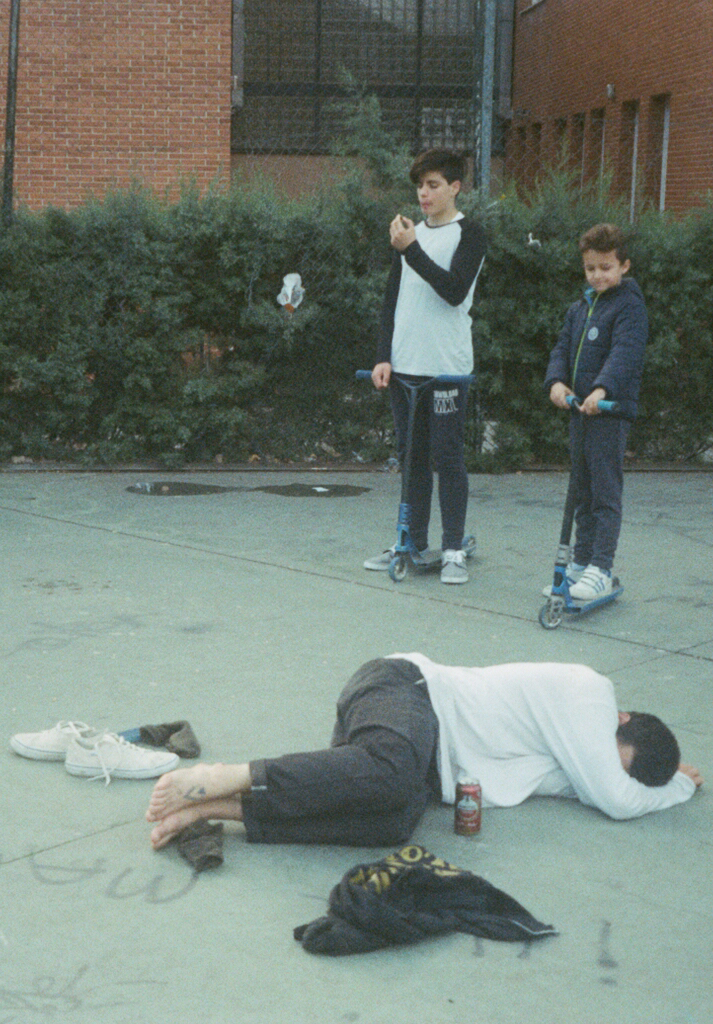 Posted at 20:22h in Aaron Wilmot, Interviews by Stuart Smith 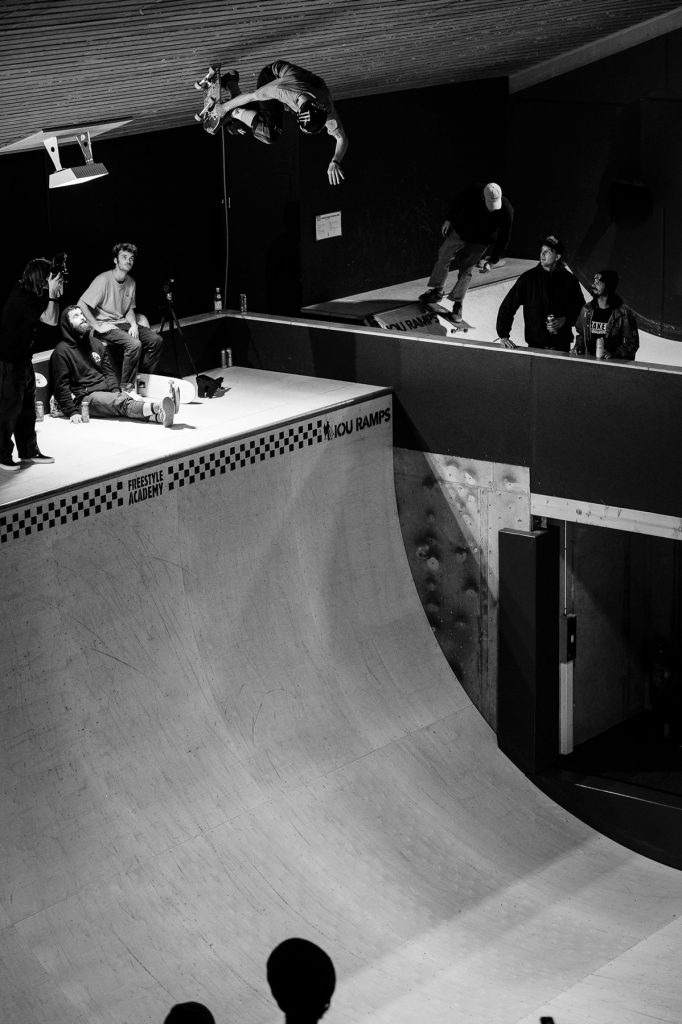 In the passed few years, a good few of the Lovenskate crew have been lucky enough to be in the van with is Madness skateboard’s Sam Beckett. Whether it’s on a local mission to some concrete dinosaur skateparks of England, or more far flung parts of the world like ditches in Spain, having someone on a like Beckett is an asset to say the least. He does a very good job of keeping everyone level headed, wisely mediating opinions back and forth, giving knowledge, so that no one comes to blows over a heated discussion about the existence of giants, or the terrible truth behind Jeff Bezos’ riches. Not that he’s boring! Give him a few cans and he’ll be down to his pants in the hotel jacuzzi doing a stick’n’poke on someone’s arm and then initiating a pillow fight in the corridor. One thing I’ve had the pleasure of noticing is his incredible professionalism when it comes to the ‘job’ of skateboarding. The ability to ‘turn it on’ when needed is something that really does set the bar high, in turn lighting fires under everyone on the mission. Our boy Aaron had a quick chat with him to find out about his latest video part, and what’s in store for him in the future….

Aaron; Just saw that part you dropped on free mag as well it was hectic, was for sure shocking.

Sam; Why thanks very much matee.

How was it filming that? Looked like you had fun!

Yeee was really good fun. It’s pretty much all session footage from little missions with Tidy in the dragon. Slightly different approach to any other part/ edit I’ve done as there wasn’t loads of stuff in there that i’d tried to get. Less emphasis on hammers more on having good sessions.

You glad to have been in the uk so much at the moment?

I’m enjoying it for sure. Missing all my pals in the states and missing the parks and stuff. But Bristol is treating me really well and constantly surprises me.

Got a wee bit of travel in last year, Switzerland was wild, skating full pipes in the mountains. How’d that one feel?

I’d say that trip was the highlight of the year for sure. So much fun, you can’t really beat beautiful views, skating and camping with a good crew. I think everyone had been missing the road so there was a good hype about the whole mission.

Where you living at the moment Sam?

Did you grow up skating vert with Halford much?

Yeah bits and bobs. We skated a fair bit together when we were sprogs.

Seems like you’ve been shredding with sox and Jordan loads and all the folks in Bristol, what’s the scene like there right now seems fire!??

It’s really nice at the moment. Jords is around on and off. Sox is in the mix. The Bristol heads are always up for a session. Tidy is always up for a mission and the Welsh lot aren’t far away either. When the sun is out it’s great all good vibes.

Has Andy Mac ever comped you?

Once upon a time on a mayday hahaa

Best Alex Halford story if you can narrow it down?

Ooff, i always imagine if someone could make a compilation reel of every time he hung up or caught a wheel/ almost died. It would be the most savage watching, sort of like final destination with no end. I witnessed him get away with some insane hang ups on vert when we were younger. 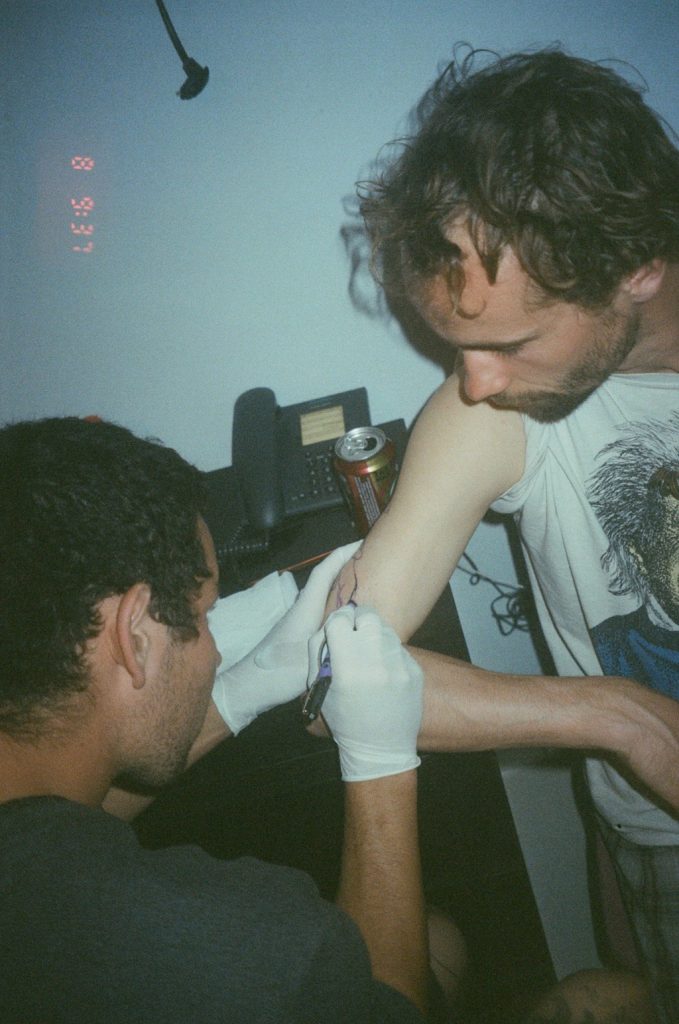 I know it’s been a tough year so how else other than skating have you been keeping mentally strong?

I’m really focused on creating stuff at the moment. Making things and growing things seems like the healthiest thing for me to do for myself. Maybe just making more clutter for the world but it seems productive and meditative all in one so I think that has helped me the most.

Does skating help your mental health a lot?

Are you going to get back on the road soon and start getting about man?

I’d love to get on the road on some skate missions soon. I’ve had a bit of a bum knee lately so i’ve been out on my bike lots. We did a big old cycle from Bristol to north west  wales not long ago so i’m still getting the miles in and camping plenty. Just less shralps than i’d like.

Any good Lovenskate moments you can share with us that give folk and insight to your view of the gang and Stu smiths big love!?

It’s just all Stu, he really breathes what he’s trying to create and I couldn’t praise him more highly. If there could be such a thing as a pure human stu is there and he’s channeling love and positive energy through the medium of a skateboard company. I mean it’s in the name. But i like to think when stu started it he was sat there on his board scratching his head thinking “What is gunna be the most effective way for me to share all this love that I have and bring people joy?”
Then all you guys are a raggle taggle bunch that is born out of that positivity and passion for skateboarding. There is a thread of purity that runs through the whole crew and it ties you all together beautifully.

You got a grosso moment you can tells us we’d be all ears too!

Grosso was always very kind and encouraging of our crew out in the states and he said some really nice things about my skating to me. I feel honoured to have known him and to have felt a bit of a friendship with him.
He wanted to do a madness guest board with us. He designed a rad shape and had his friend do the graphic. We thought it was all a go. But i guess he’d neglected to tell the guys at delux and they found out and weren’t stoked haha. I just loved that he was backing us so much that he didn’t even really think there would be an issue there. Anyways, I guess it was just one of those things that almost happened. 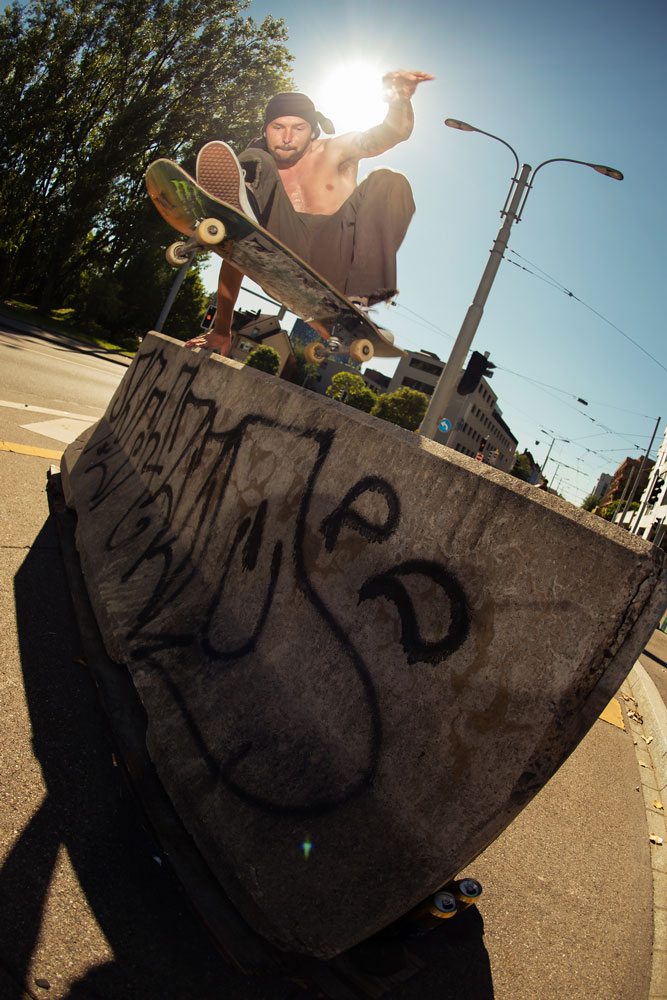